Lagos State transited from analog to digital channel on Thursday, April 29th 2021 with the launching of the Digital Switchover Channels (DSO). The launching ceremony was attended by official of the Federal and State government with the Association of Advertising Agencies (AAAN) ably represented by the President, Mr. Steve Babaeko.

According to the Minister of Information, Alhaji Lai Mohammed, the switch from Digital to Analog will allow consumers to buy a box to be able to connect. About 1million households already have the box and the potential for advertisers is huge as we have 24million households in Nigeria. The box will be easy to set up and there are lots of technical people on ground to provide after sales support. Boxes are locally manufactured. By December 7, 2022, there will be complete switch over from analog to digital.

An official of the NBC also mentioned that awareness level is about 20% and plans are underway to roll out campaign to educate consumers about the change in which the AAAN President requested that AAAN members should have opportunity to be part of the process and the Honourable Minister promised to look into it. 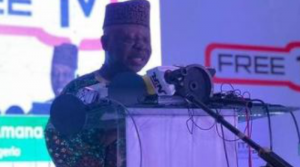 DSO which beams 60 channels will provide a great platform to key into the Lagos mass city project. It’s also about creating jobs. It would stimulate local contents such as sports music, movies and news. Value added services which is enforcement of TV licence payment will push video on demand, audience measurement for the more than 5 million TV households. Also, Content production which is local will bolster our economy by 70%.

Lagos is one of the engines of DSO. Therefore, switch will be propelled by 70% of advertising revenue in Lagos. It will also help advertisers to plug-in what programs target audience are watching. It will be a profitable venture for all advertising agencies, producers, distribution company and digital organisations.