Although the idea to establish the AAAN started in 1970, after consultations with fellows of like minds, the maiden formal meeting took place in June, 1971 under the Chairmanship of the late Mr. Dotun Okubanjo.  Those who were also at the meeting were Leye Adedoyin, Biodun Sanwo, Late Chief Olu Adekoya and Late Banjo Solaru .  This meeting took some far-reaching decisions, which included a decision to intimate various ministries and government agencies of the coming into being of the association.

Past Presidents till date.

The first recorded Annual General Meeting of the Association was held on Friday, April 18, 1975.  Hence the Association was formally launched.  The meeting was presided over by Oloye Dotun Okubanjo.  At the end of this AGM, there was a change of baton from Oloye Dotun Okubanjo to Mr. I. S. Moemeke as the President.  For record purposes, Mr. Moemeke was the longest serving president of AAAN. He was in office from 1975 through 1982.  His period in office was quite eventful and dogged with media owners problems, especially the Newspaper Proprietors Association of Nigeria (NPAN).

It would be recalled that it was during the Late Mr. I.S Moemeke’s tenure that Late Chief Olu Adekoya of Olu-Adekoya Press Agency Limited (OAPA) took Alhaji L.K. Jakande and 2 others from the NPAN to court challenging the authority of the NPAN to regulate the practice of advertising and recognize Advertising Agencies.  The case which spanned 3 years between 1976 and 1978 was resolved in favour of the Association thus:

(i)       That the defendants are not competent to regulate the practice of advertising.

(ii)      That the power to regulate the practice of advertising belongs to the Nigerian Advertising Practitioners.

In 1982 Chief Olu Falomo emerged the President of the Association.  He was a very charismatic President who led from 1982 to 1985.  In his 1985 AGM valedictory address, he said “it was my wish to achieve much more than I did but holding the office of president at such a difficult time in the economic life of Nigeria, I can only thank God that the Association remained in absolute good shape throughout my time and I believe I am not leaving it worse than I met it”.  He said further: “Posterity will surely assess whatever modest contribution I may have made during the period”.   Sure, it is to his credit that he was the first to take the Association’s AGM outside Lagos.

Prince Kehinde Adeosun took over from Chief Falomo.  He was in office for one year. He steered the Association successfully through an indeed a turbulent year.  To capture the situation vividly, the president wrote:  “This executive went through what can be rightly described as one of the most turbulent years in the history of this Association.  The outgoing year sneaked in with frightening uncertainties.  It was most difficult to ascertain the survival of the advertising industry in particular and the country’s badly battered economy in general. It was like the end was coming slowly but surely.  This already gloomy situation was further compounded by the NPAN/AAAN crisis which thundered in like a belligerent hydra swearing black and blue and threatening our very existence”.  The rest is now history.

Mr. S. Ayo Owoborode took over from Prince Adeosun.  Mr. Owoborode’s three years in the saddle were very eventful.  Without any fear of contradiction, he was a purposeful and visionary president and completely focused.  It is relevant to recall his pre-election speech: “If I am elected the president, I pledge to take the Association to a greater height and to work relentlessly to achieve recognition by government for the advertising industry”.  He achieved all of this and much more during his tenure especially the APCON Decree 55 of 1988.

Chief Akin Odunsi, an amiable gentleman, took over from Mr. Owoborode.    Decree 55 of 1988 was readily inherited by him and his executive.  This kept the Association busy for almost two years.  Chief Odunsi achieved a life long ambition of the Association to appoint Patrons The former Military President, General Ibrahim Badamosi Babangida and the late Bashorun M.K.O. Abiola were made patrons during his tenure.

Chief Akin Odunsi was the President who relocated of the Secretariat to a more befitting accommodation and location at 18 Amore Street, Off Toyin Street, Ikeja.

Late Mr. May Nzeribe took over from Chief Odunsi.  An aggressive goal getter, Mr. Nzeribe was a bundle of energy.  He commenced the restructuring exercise of the Secretariat.  This led to the recruitment of highly qualified personnel to manage the Secretariat as well as the departmentalization of the Secretariat.   The Association was formally registered with the Corporate Affairs Commission during his tenure.

Mr. Biodun Shobanjo, a visionary leader was elected president at the 22nd  AGM/Congress of the Association.  The idea of the Advertising House project was that of his Exco.  During his tenure, aside from reviewing the Education programmes of the Association, agencies were encouraged to develop their human capital.

Mr. Shobanjo was able to secure a plot of land from the Lagos State Government for the building of the permanent site of the Association’s Secretariat.

Sir Steve Omojafor an amiable gentleman took over from Mr. Shobanjo.  His immediate priority was to re-integrate the members of the Association as well as resolve the issue of apathy among members.  Sequel to this, during his tenure, he visited all the member-agencies within and outside Lagos to rekindle their interest in the Association.  This yielded result as most agencies came back to the fold and participated actively in the Association’s programme.

In pursuance of the Advertising House objective started by Mr. Shobanjo, Sir Omojafor organized a fund-raising ceremony as well as the commencement of the Secretariat project.

Before he left office, he succeeded in building the house to a window level (first floor).  He was responsible for the setting up of the Heads of Advertising Sectoral Group (HASG) for which he was Chairman for many years.

He was able to build the Advertising House to a roofing level before he left the office.

In order to create a pool of human resources for the industry, she started a pet project of encouraging undergraduates to choose career in advertising.  This campaign took her to several higher institutions which included BABCOCK University, University of Ibadan, University of Lagos, Olabisi Onabanjo University among others.

She was able to progress the AAAN house project to a lintel level as the Association was at its lowest ebb financially.  She visited media houses and member-agencies to solicit support for the Association.

Kolawole Ayanwale, a bridge between the old and the new practitioners, took over from Mrs. Thomas. Mr. Ayanwale, an astute practitioner, pledged to deliver the Advertising house’s ground floor within six months.  However, he completed the whole project within 12 months.  The Secretariat is now operating at the new location situated at Plot 8 Otunba Jobi Fele Way, Beside Gaslink, Behind M.K.O. Gardens, CBD, Alausa, Ikeja.

Mr. Enyi Odigbo, a simple and purposeful gentleman took over from Mr. Kolawole Ayanwale in 2005. He equipped the secretariat to bring it up to a standard befitting the status of our body. He created new opportunities by introducing of International Business Seminars into the activities calendar of the Association.  He gradually inched into the activities of Government with the aim of achieving the deserved recognition, respect and patronage for the advertising profession.

His strong belief in professionalism propelled him and the board into ensuring that relevant activities and courses that could help improve the performances of members are done regularly.

He was able to inaugurate the Board of Trustees for the Association, get the LAIF Award off the ground and give awards to deserving current and past members of the Association in recognition of their contributions.

Mr. Lolu Akinwunmi took over from Mr. Enyi Odigbo.  An amiable goal getter, Mr. Akinwunmi built on the foundation laid by his predecessor.  He focused his tenure on improving ethical standards, upgrading the practice and the image of the Association.

He was able to develop a more cordial relationship between AAAN and the various stakeholders which saw the big names, the blue-chip companies, willingly sponsoring some of the activities of the AAAN and also personally participating in such events.

Mr. Akinwunmi promoted intersectoral harmony during his tenure as President of the Association.

Mr. Funmi Onabolu, a dynamic leader he contributed immensely to the actualization of the industry reform.  He also ensured the resuscitation of the Heads of Advertising Sectoral Group (HASG) and Agencies Funfair during his tenure as President. Mr. Onabolu initiated the advertising industry reform during a courtesy visit as President of the Association to Mr. Lolu Akinwunmi who was then appointed as the Chairman of APCON Governing Council.

Mr. Rufai Ladipo, a quiet gentleman, worked tirelessly to ensure he succeeded in his one-year tenure as President.  He organized a very successful Agencies Funfair, took member agencies to Oyo State during the 39th AGM/Congress which was attended by Governor Isiaka Ajimobi.  During his tenure, the Industry Reform was signed into law.

Mrs. Bunmi Oke, a past chairman of the LAIF Management Board took over from Mr. Rufai Ladipo as President of the Association. She represented the Association as a delegate during the 2014 National Conference.

Mr. Kelechi Nwosu took over from Mrs. Bunmi Oke. He came in when the industry was going through APCON leadership crisis. He led industry initiatives that engaged the Federal Government to resolve the APCON crisis as well as embarked on Public advocacy projects.

He facilitated the collaboration with the Federal Ministry of Information and some States government on public advocacy projects and engaged government agencies on the use of licensed agencies for marketing communication businesses.

Mr. Kayode Oluwasona, a thorough bred and highly meticulous professional, became president of the Association in 2016. He ran a purposeful administration that focused on bringing the Association closer to all relevant stakeholders, enhancing the businesses of members of the Association and increasing the operation efficiency of the secretariat.

Under his leadership, the Association witnessed a positive surge in recognition and gravitas.  He secured audience and led the Executive members of the Association to the nation’s Vice President in Abuja within two months of his presidency.  Visiting every class of member-Agencies, he has been able to bring the Association closer to all members.  His tenure has witnessed the largest participation of past presidents and senior practitioners in the Association’s activities in recent times.  He is a bridge builder whose influence cuts across all generations of advertising practitioners.

Mr. Lolu Akinwunmi took over from Mr. Enyi Odigbo.  An amiable goal getter, Mr. Akinwunmi built on the foundation laid by his predecessor.  He focused his tenure on improving ethical standards, upgrading the practice and the image of the Association.

He was able to develop a more cordial relationship between AAAN and the various stakeholders which saw the big names, the blue-chip companies, willingly sponsoring some of the activities of the AAAN and also personally participating in such events.

Mr. Akinwunmi promoted intersectoral harmony during his tenure as President of the Association. 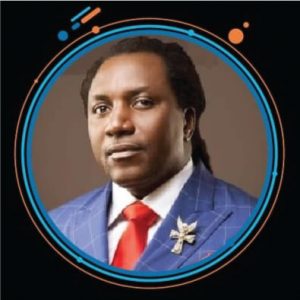